Why would Someone ridicule us and our beliefs?

It has been a tradition that when somebody ridicules us, we just start blaming ourselves,  our system, our lack of unity, our bad morals,  lack of belief in religion and all the evils in our society….. only making our enemy’s work easier !!!
Do we even realize that whoever ridicules us, is merely a dreamer, an inactive coward, someone who knows his lack of strength to take any physical action against us. 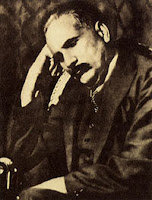 How Come Iqbal Knew All of it in the Last Century?
Iqbal’s concept of “KHUDI” (Self-Respect)  is an amazing phenomenon to deal with such situation for present day Muslims.
خودی کو کر بلند اتنا کہ  ہر تقدیر سے  پہلے .. خدا بندے سے خود پوچھے بتا تیری رضا کیا ہے
KHUDI is seen by him as an elevator for human spirit so much so that they can even decide their fate through its best utilization…. Khudi or Self-Respect is what we are lacking today. We generalize ourselves as a morally bankrupt nation and always have countless examples on our fingertips to prove that.
Let me ask one simple question… Who has given this right to berate ourselves? [ Isn’t it us only?] … Each one of us has a duty to be a good citizen  and when we don’t fulfill that duty, why do we think that every other being is like us too?
Time To Decide:
WE have to decide now that “ Do we respect ourselves , as mentioned in the words of Iqbal”? …. Because if we don’t , then we will have to accept what others say about us and do to us.
The pictures, cartoons and insulting remarks are increasing day by day , only because we are getting used to them…. AND that is where lurks the real danger !!!
Time to Be United :
An immediate action can be CONDEMNING any such hurtful act, which is against our religious beliefs peacefully. We can give them an impression that nobody believes them and make them believe that they are wasting their time and effort to berate us…
SHOW OUR SELF-RESPECT !!!!
But, we need to do this  as a unified force. We should neither deviate from our focus (i.e.,condemning them) nor getting into petty issues (i.e., our own lackings)… because this is what they want us to indulge in.
The real strength is shown in UNITY … and in this case, ONLINE UNITY !!!!
Use their own weapon to fight them back !!!!!
As in the words of Iqbal :
ایک ہوں مسلم حرم کی پاسبانی کے لئے ... نیل کے ساحل سے لیکر تا بہ خاک کاشغر

Posted by Rumaisa Mohani at 8:29 AM 9 comments:

[Some Random Thoughts While Returning From Pakistan]
Where Is Our Next Generation?
Since my childhood, I was always reminded at home that being a grand daughter of one of the pioneers of Pakistan Movement was not about any privileges or fame… rather it came with certain responsibilities.
I remember composing and proof-reading the texts of invitation cards of Hasrat Mohani Day (یوم حسرت موہانی ), typing and posting letters to newspapers and institutions  during the pre-internet days.
It is almost fun to recall how was I asked to prepare on-the-spot  announcements for the arrival of various dignitaries.
I often ended up reading Welcome Notes for the wrong people … needless to mention that the real guests laughed at my childish mistakes, while advising me to do better in the next year’s Hasrat Day.
I do know that they only did it for their devotion to the heroes of independence and their high hopes from the upcoming generations of Pakistan.
As the time is flying, many of our learned and experienced people are growing either older or weaker. While we were informed about the inability of some of our guests to attend Hasrat Day Programme, due to these very reasons, my mind was looking for the answer to one  question…WHERE IS OUR NEXT GENERATION? 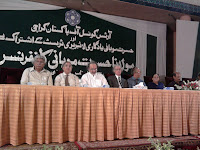 "Have we ever realized that Hasrat and his contemporaries were doing much more “multi-tasking” than present day fast moving youth?

Can someone without all these modern day facilities imagine being a journalist, poet, scholar, writer, analyst, critic, politician, public speaker, even a trader … all at one time?

So why can’t we be able to set our goals higher and achieve them?"

Pakistan Youth Revolution – A Hope for the Future? http://www.pyr.org.pk/

This is my firm belief that our youth, well equipped with such ever growing technology, are capable of facing much bigger challenges and succeed. They have the same passion and devotion in their hearts, only waiting to be discovered and utilized in the best possible way. This passion can be easily seen and felt through Social Media interaction.
It was initiated with Pakistan Go Green Campaign by Farhan Masood  and its numerous supporters. Later Pakistan Youth Revolution by Jahanzaib Khan came up and thousands of talented and highly qualified young professionals joined it. In a very short span of time, this organization has made us set our hopes high and aim for the best only.
It was indeed a great pleasure to see PYR Karachi Team led by Sarfaraz M Khan accompanied by Abdul Hameed Kath,  Hameedullah, Sabir Khalid and others. It was like a breath of fresh air of such an enthusiastic group of people in this annual gathering of Hasrat Mohani Trust, Karachi. Also, it was nice talking to Beenish Qureshi who couldnot attend due to her work.  I wish and hope that from now onwards, the message of Hasrat Mohani and other national heroes will be remembered and spread everywhere with great zeal and spirit through the platform of PYR.
Isn’t it the revival of a great task of working together towards a common goal…. i.e., spreading hope and light in the lives of all Pakistanis?
History will tell…. Lets wait and see…
Posted by Rumaisa Mohani at 4:02 PM 6 comments: