The Inside Story of my first ever Award

It all seemed  totally crazy to every one who heard that after submission of my entry in a Business Plan Competition and having passed through semifinal, I was NOT going to attend  the FINAL day of competition.

Yes, the finals were to be held on 27 & 28 th of June, 2012 and these are the days of final exam results of schools, an industry which I am working in as a teacher.
It seemed impossible for the organisers  GIST (http://www.facebook.com/GISTinitiative ) - Global Innovation Through Science & Technology to alter the dates of competition for only me.
It looked like  I had no choice but to back out from this competition at this critical stage.


Fortunately, the organisers allowed to send other members of my team, so we decided to send other two members, Babar and Rumman. They kept preparing for a whole month, but still were not much confident.
I was getting more and more panicky as the days passed by and the final came closer.


Finally, on 27th June, at 8 am, i was totally lost in thoughts at my work place, as this was the day 1 of the workshop/practice for the competition. At this time, both other members were attending the workshop in Dubai (UAE) and I was 2 hours drive away in Abu Dhabi.


Sitting lazily, as I opened a social network on my cellphone, a quote appeared on the small screen : "Never GIVE UP" ... and so common quote as it looks like, yet it worked as a fast forward push button for me. I could not hold on any more and started calling all senior and helpful colleagues, who could take over my pending work and I could get a way to be off to Dubai for this competition.


And... things started working at the fastest speed I could imagine. Within next 15 minutes, I was called by my head, asking what was I still doing there ? with a  sweet scolding and instruction to be out of the premises within 5 minutes !!!


Being not ready with any material at hand, and of course, without any make up accessories ( I would usually be needing for such a programme ), I was driving at 139 kph ( max limit) to Dubai. 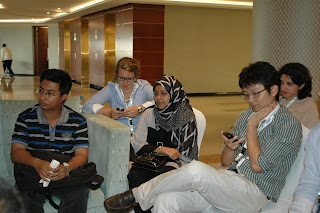 The rest of the day and the next day of FINAL were as much hectic as they could be. The first time in my life I didnt  bother about my dress and make up. Just I  remembered that there was an old dress kept at the back of the car, which could be worn on  the final day.
All I wanted was to get my hand on notes, presentations and start working in my own way.


Within next few hours, almost everything was in control and smooth going. Everybody was feeling alive and energised again.


Amazingly, with all the worsts, that could happen to a female ( old clothes, worn out sandals, lack of style/make up/ etc), the next day, there I was standing and ..... holding the award for the  "BEST  FEMALE  ENTREPRENEUR" for GIST Business Plan Competition 2012.


There was a lesson for me .... that I never needed to learn before.

Posted by Rumaisa Mohani at 6:17 PM No comments: 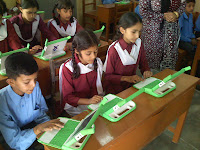 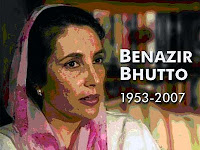