Our Woes and Foes 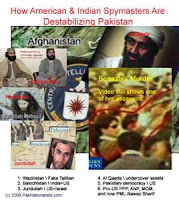 Is not this high time we, sincere Pakistanis, got our thinking straight… and decide where it all went wrong ?

1. We may have provided them with refuge, and a congenial breeding home ground for their life time settlement. With our traditions of being the greatest hosts, we may have supported our guests in getting them work and let them practice, the only thing, they knew… warfare.

2. May be we have been deceived by the long beards and the continuous recitation of the Holy verses of Qur’an , without even their knowing the meaning or true interpretation of the Words of Allah.

3. May be we forgot that our religion teaches us the most precious lessons of tolerance, peace and harmony. Although, we say “Salam” (Peace) as we meet anyone yet we found inspiration in those who were all up against this very word.

4. May be we were deceived by their anti-Christian, anti-Jews, anti-Hindus and anti-any-Non-Muslim attitude and found it very similar with what our religion teaches us.

5. May be we thought that having such uncontrolled warriors in our homeland, will be a source of security at our borders as we were not sure of our own army’s strength.

6. May be all that seemed right, at the time, when we decided to tread on the path of patronizing warfare in our tribal areas only while being our peaceful lives in urban centers unaffected.

BUT TILL WHEN…. will we not see the ground realities, the misery and grief, inflicted upon us , by the presence of our most “revered” and “protected” foreign guests?

NOW… the signs of the times insist that we should look back and think for a while.. what was not right in what we did.

1. We provided them a with a place for refuge for a temporary period… not for ever …and definitely not to practice and teach their gun battles skills on our land of the Pure, to our upcoming generations.

2. We took pride in giving respect to those long beards and their recitation of Holy Qur’an, although we had no dearth of true believers and practicing Muslims within our own people. Instead of understanding the words of Allah in the true sense, we mistook it, and believed and practiced how and what was interpreted by them.

3. We held these migrants from across the border in great esteem, while growing hatred and hostility toward our own residents, Sindhis, Pukhtoons, Muhajirs , Biharis, and many others who had been living here and had contributed a lot in the development of our country.

4. We failed to realize and still do so, that why our citizens would create havoc and easily carry out such bloody & barbaric massacres ?

5. We were blindfolded by the huge amounts of foreign aid to counter terrorism and tried to play games with international community, never knowing that they could easily find our “open secrets” and embarrass us in our face and leave us in ever more dangerous situation.

6. We are now witnesses to the barbaric acts of these reckless anti-American, anti-Christian, anti-Jews, anti-non-Muslims … as they apparently kill less of those and more of their fellow Muslims.

7. We now know that it was not about the preaching or promoting our religion or values… but a massive drama of creating terror, securing wealth, and finally establishing an undeclared parallel rule on the land.

When will we wake up? When will we stop sympathising with these foreign elements with a pre-set agenda? Are we waiting for them to reach our streets and doors and blow them up ?

Have we given up, lost all hope and choose to be their hostages?

Or do we have to resist and fight back?

Why should we have to suffer for big mistakes made by some selfish and irresponsible idiot government officials, who played with our nation’s image and destiny?

Think no more.. Things are very clear. Its time for action..

Stop supporting them, even morally…..

We deserve more help than them now.
Wake up Pakistan !!!
Posted by Rumaisa Mohani at 1:56 PM 6 comments:

This is where today’s media has brought us. Embarrassment , confusion, grief, fear, future uncertainty… And for something which we, common Pakistanis, never did and never knew of.. 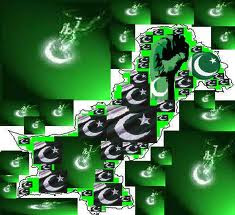 Still a large segment of the population of Pakistan does not believe any repeatedly changing stories of the killing of Osama Bin Laden ( almost 9th time recorded in the media)
The news like this have appeared in newspapers several times:"Is Osama Bin Laden dead or alive?- Many think he died 8 years ago in Tora Bora Caves in Afghanistan"
http://news.bbc.co.uk/2/hi/8444069.stm

Media has proved to be the most powerful force of today to carry anyone’s integrity, honor, self respect and reputation tumbling down to the dumps. It is now possible with a few vague reports, fake or no pictures for the proof, and the reviews and baseless accusations by some self-declared experts on politics.

What a Common Pakistani Thinks:
Below are the comments of some of my acquaintances, as how they perceive the whole situation.

Sadia Ghouri, an International Relations Graduate from Karachi University, says:
"This drama is played to present a valid reason to bring back NATO forces from Afghanistan ... disgrace departure as America had in Vietnam …Even people are not bothering to get into the details of this comic fiction of western media ..."

Saman Yusuf, writes in a facebook status:
"Osama has been declared dead 9 times on different occasions off the record by people in authority in US...this was a show to justify the war in the past and now sadly...the war in future (although I so hope that is not the case!)"

Mass Miskin writes:
"This death is simply propaganda. How come in such an open neighborhood nobody had seen Osama living there!? Seriously how dumb can Americans be to behave like children making up stories! “

This is what a common Pakistani thinks about the whole affair, nothing more than a big, pre-planned drama.

However, the damage is done. Remember, there is no escape now. The accusations, blames will keep coming now. Stories will be repeatedly made up and changed, with influential media campaigns backing them, as usual. The more we discuss and talk about them , the more this web of confusion will entangle us.
It may be the beginning of a long debate and then alleged punishment for the crimes never proved to have been committed. So why not prepare to ride through the tough times ahead as a nation.

The best way to avoid the ghosts of grief, confusion and guilt, is to MOVE ON .
Yes, move on with our lives and continue the efforts to gain peace and confidence back. What we have to do is, to believe in our strengths and stay firm.

Learn from the past and think for the future.

Above all.. LOVE PAKISTAN…